I hope that your week is going well! On this ‘mission’ month Jesus seems to be playing tricks with me by introducing me to so many different people!

I must admit that evangelisation can be very tiring as you must always remain polite even when your beliefs etc. are being challenged if not ridiculed!

Without a strong prayer life and personal faith you could easily lose your faith as everything gets challenged!

Yesterday was a very rainy day in Soho so I sat in a café waiting for the rain to pass. I was tired as I slept poorly the night before. However I still managed to share with 3 people almost in spite of myself! 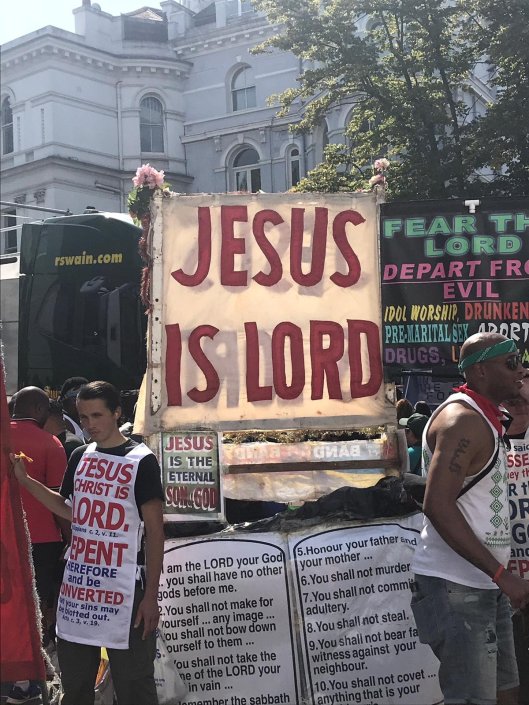 The first was a guy beside me having trouble connecting with the Wifi. He was on the phone to a friend trying to figure it out. I’m not sure if it was an act of charity on my behalf or if it was more that I was exasperated listening to his phonecall but I offered to help! More than likely it was a combination of the two!

Anyway we had a great conversation about Jesus and being gay etc. and he was a real gentleman.

As he left an australian lady replaced him and began to talk to me! Another fly caught in the spider’s web! A very nice lady open to my story etc.

Then there was a break which would have been nice was it not for an Irish guy with a posh Dublin accent speaking so loudly about his life which included being a psychic, his past life regressions, his death in the USA in his previous life…..

Every ounce of my patience was being tested as he spoke such nonsense with more confidence than a corrupt pollitian!

Young gay and Jewish seemed to be ok! He didn’t practise his faith too much and just like a non-practising catholic wasn’t too concerned about God, prayer or eternity!

That said he was a very nice kind guy and it was obvious that he had a natural goodness that goes beyond any religion!

We can never judge people because we don’t know their lives and stories and they may be more pleasing to God than ourselves!

My jewish friend was good fun so I took the opportunity to ask him some questions!

His reply was funny! ” I don’t really practise but my sister does and if you asked her she’d say that Jesus was bullsh!t”

His honesty was refreshing!

It did strike me though the terrible controversy around the person of Jesus!

For us catholics He is God, the second person of the trinity with a human nature! For my Jehovahs Witness friends from a few days ago He is a prophet and not God, for the muslims He is a prophet also and for the Jews He is bullsh!t!!

As I reflect on it all I thank God for all he’s shown me and for all the expeiences he has given me because without them I would not be able to meet all these people and keep sane!

It just shows us how difficult it is in the modern world to find the truth when there are so many theories out there and this realisation must allow us to trust even more in God’s mercy for all people and especially today’s young people!

In the early days of my conversion I too questioned everything but over time God filled in the blanks. (This is a testomony about Jesus being really present in the Eucharist! https://michael4jesus.wordpress.com/2015/11/05/piece-of-cake/)

Anyway after all that I went to evening mass at 6 where I prayed for everybody I met and afterwards I went to St Patrick’s to help with the dinners for the homeless.

After a day of meeting unbelievers it was so nice to come to church and to be surrounded by fellow catholics.

In this mission of evangelisation we need a lot of prayer and support to stay strong and this is the power of fellowship and community!

Evangelisation is to the spirit what lifting weights at the gym is to the body! It stretches us, it challenges us, it makes us doubt our own faith at times and yet when taken to prayer afterwards it is also what fuels us to understand our own faith better, to pray more and to loving everybody without judging!

So who knows who I’ll meet today or who you’ll meet either but let us take every opportunity to do our best to share Jesus with others in words, actions and prayers and let us not be afraid to make mistakes, ask questions or even have doubts!

Jesus I believe, help my unbelief!

Have a great day. Pray for me!