Good morning and what a bright and cheerful title for a blog!

A few days ago we had a very interesting conversation regarding hell and whether or not it exists!

Before I continue I will state that I personally believe in its existence and not only in its existence but in its ever-growing population! They’ll be having over crowding problems poor things!!

Our Lady spoke very clearly of hell to the seers there and some were even shown visions and even brought there to see!

All the major mystics spoke of hell such as Padre Pio. They were in direct contact with it!

On the ‘it doesn’t exist’ side are many theologians who are sceptical of anything mystical.

The usual arguments are

2. God is all powerful and it’d be an insult to his power to say that He wasn’t able to save all souls

The arguments aren’t bad but yet they are quite childish and romantic!

1. God is love but look at all the suffering He allows here on earth and so why would He not allow a hell?

2. God is all powerful but He’s not all forceful. If a soul refuses God, it is no reflection of God lacking power but rather the soul in question lacking humility!

Supposing for a second that Hell does exist, it too is held in existence by God as are all beings in it. So tell me then that God lacks power or can be fooled, I don’t think so!!

We could also look at the scriptures where Jesus spoke many times about hell and the final judgement where like sheep and goats, the good and the bad would be seperated!

One thing common to all major spiritualities is the notion of purifying our souls.

Some believe in reincarnation and that we keep coming back to earth until we are finally purified for heaven while others believe in other methods of purification!

Which is why the blazé attitude of many christians is shocking and even absurd!

The very people who will spend thousands on schools, houses, cars and holidays think it too much to pray daily, go to confession and mass regularly and do a spiritual retreat occasionally.

And so for these people who want nothing to do with God, in His mercy He has arranged for them a warm log fire in an ‘hotel eternity’ (emphasis on the ‘hot’) called hell! 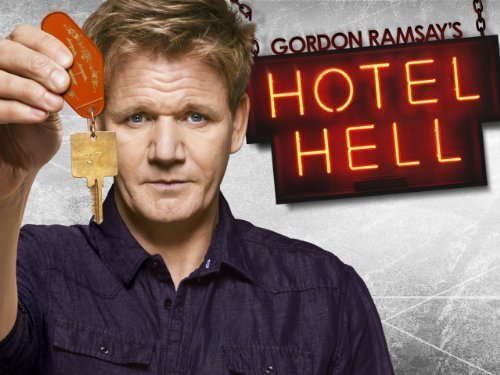 Of course you are free to disagree with me, I’m simply expressing what I believe to be true!

Michael
The Fatima Prayer: “O my Jesus, forgive us our sins, save us from the fires of hell, and lead all souls to Heaven, especially those in most need of Your Mercy”.
(Our Lady at Fatima, 13th July 1917)