A few days ago I had a great experience in confession with a french priest!

He listened with his heart, asked appropriate questions and didn’t judge!

One of his questions was funny! After telling him that I’m involved in evangelisation he asked me if I was part of a community.

Good question and certainly not the first time I heard it!

I replied that I wasn’t, not for the want of trying but that in 11 years travelling all over the world I’d never met a community with any desire to reach out to the gay world and that as soon as I mentioned my desire to talk about that I was politely made aware that there was no space for me!

The gay world is a totally different world and one needs to be as immune to talking about sex as a doctor would be with seeing blood!

It often seemed to me that the reason many catholics are not at ease helping gay people is because they are not at ease in their own sexualities and that many times their sexual purity is more fear and law based than from a heart-lived love of God!

Certainly the gay community goes the other extreme where there is no shame at all but there is something to learn from them!

Sexuality is a gift from God, we are not supposed to be ashamed of either having it or talking about it!

In fact, to learn how to integrate it properly into our lives we need to be able to talk about it honestly, simply and openly!

Sadly many in our church are so very far away from this and as a result are unable to really communicate to a sexually liberated younger generation!

Last night I was at a venue where we feed the homeless. As I reflected I felt that I too was homeless, not in the sense that I have nowhere to sleep but more that there is no place in the home of the church for me!

Now I know that God can and will make a space but yet how sad that one has to literally fight so hard for a space, for a corner in the church!

‘Catholic’ means universal. Jesus commissioned the church to make disciples of all people and all nations and so it’s sadly ironic that someone like me should have to fight so hard for what in theory should be a walk in the park!

The church baptised me and confirmed me without my asking and when the very Holy Spirit that they gave me came alive in my life they didn’t want anything to do!

Sounds like a cuckoo-church to me where just like a cuckoo who lays eggs and then dumps them to some other nest to rear them! 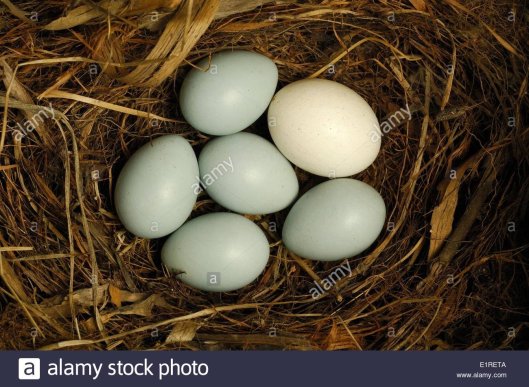 Anyway, that said Jesus has a place for me and I am catholic just like anyone else regardless of my sexual orientation or spiritual experiences!

My prayer today is that our church will be like a mother hen carefully looking after her precious chicks rather than a careless cuckoo abandoning her chicks to foreign homes!

Have a great day