Good morning and I hope you ate as much and as well as I did yesterday! My uncle Thomas certainly enjoyed himself!

The day went super well and I had great fun playing with the toy remote-control helicopter that santa put under the tree!!

And just like that it’s over and it’s boxing day!

Of course in Ireland we call it St Stephen’s day and it’s only just now that I researched what ‘boxing day’ actually means!

To my surprise it has nothing to do with boxing on the tv and has a far more noble and christian origin!

Boxing day was traditionally a day off for servants when they received a box from their master.

Servants would go home to their families and give them boxes too! 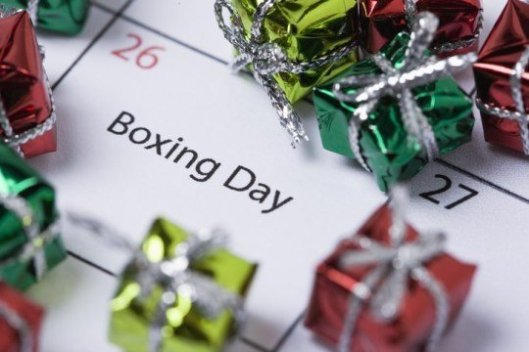 In Ireland we call today St Stephen’s day in honour of the first martyr!

This morning’s mass reading made me think of my own life, my blog, visions of Jesus….

“Stephen, filled with grace and power,
was working great wonders and signs among the people.
Certain members of the so-called Synagogue of Freedmen,
Cyrenians, and Alexandrians,
and people from Cilicia and Asia,
came forward and debated with Stephen,
but they could not withstand the wisdom and the spirit with which he spoke.

When they heard this, they were infuriated,
and they ground their teeth at him.”

Nothing much has changed in 2000 years for those of us like Stephen who have been called by Jesus to be witnesses of spirit-filled christianity to the world!

I wonder how he’d have got on if he was blogging or if he was on youtube facebook?!!

Yet Stephen was bold and look at how he replied to them!

“Behold, I see the heavens opened and the Son of Man
standing at the right hand of God.”
Wow!

But they cried out in a loud voice, covered their ears,
and rushed upon him together.
They threw him out of the city, and began to stone him.

Of course today this would never happen as we are so much more civilised and sophisticated 2000 years on!

Stephen would simply have been diagnosed with a psychotic form or schizophrenia and after being medicated appropriately would have been locked up in a padded cell….a far more humane martyrdom!

To some Stephen’s reply must well have seemed to be arrogant and prideful and yet he was inspired to reply like that by the spirit!

It can make us think twice about being silent and being afraid to talk about Jesus and the workings of the Holy Spirit to those around us!

“Perfect love casts out all fear” and so on this feast of boxing day and of Stephen may we love perfectly and fearlessly no matter what the consequences!

St Stephen; pray for us!