Good morning and may God bless your week!

Last night we watched the film ‘The exorcism of Emily Rose’. 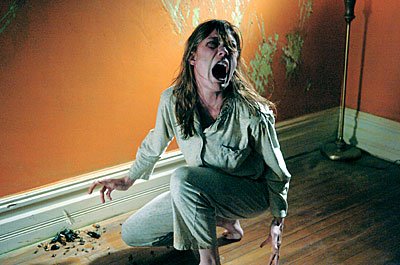 It is a true story of a young girl who became possessed by satanic forces and how the priest who was trying to help her was put on trial and accused of negligence after her death by those who don’t believe in such things and tried to explain her condition away by claiming she was both epileptic and psychotic!

It is an excellent film and at some level I see parallels with the current Coronavirus!

Some people believe it’s the end of the world while others think it’s all fake! Opinions differ and arguments follow!

To the secular would there is no God so canceling mass is no big deal. To the catholic world we need God even more and we should pray and participate in the most powerful prayer the church has to offer even more!

The tug of war of opinions and solutions follows .. 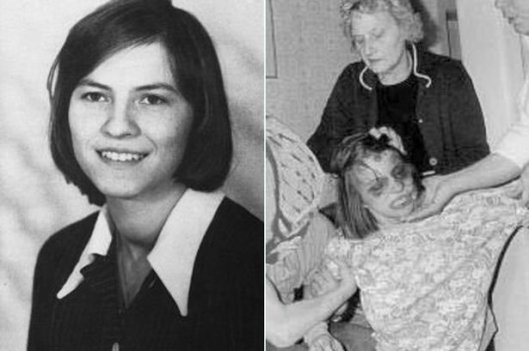 Yet nobody will deny that there is a very serious issue to deal with and that it’s neither going to be prayed away nor washed away!

At one stage Emily had a vision of Our Lady who told her that she was a victim soul and that through her life and suffering that people would come to know the existence of the spiritual world.

Emily’s story was extremely controversial and even divided the church at the time. Sadly some in the church no longer believe in these things despite their spiritual formation.

Everything was done to explain away the spiritual as some sort of mental illness and the priest as a naive crackpot!

I am only too aware of the existence of the demonic and yet the cynicism around taking it seriously even in the church where at times ‘medical opinions’ have become more important and inner-healing and deliverance ministry laughed at as if it were fantasy!

Yet spirits are real! If you could see them you’d see them all about you observing you! From the holy angels helping you to the demons trying to block you, they are all there and due to a general lack of prayer often the demons are closer to people than the angels! Free will!

Often we don’t want to face these realities so we try to rationalise them away or come up with some human solution which gives the illusion of working!

It’s amazing the lengths that people will go to to deny the spiritual when it makes them uncomfortable!

I’ve seen it first hand with my some of my own family where I was utterly disowned for years and now that I’m still alive and well and am talking about this stuff I’m just simply ignored by a lot of them who if they opened their hearts and minds could do a lot to help me and my ministry to others.

But helas, many would sooner pray and give money to save a donkey than to someone like me who after all has no proof or professional training!

One wonders at times how intelligent people can be so fooled by atheism and secularism and how at times our church leaders too lack the confidence to speak out against it despite 2000 years of saints and mystics to disprove and annihilate the rational perspective.

Any peace we have without truth can only be a false peace and will not last!

Of course there is hope and this is why Our Lady appears in places like Fatima and Medjugorje.

There too the visionaries were treated as hysterics and their mental health questioned and the police even took them away!

I always find that part funny because it’s terribly ironic that the only place I ever had trouble with the police was in Medjugorje …seems like they forgot their roots to a point but even there one gets into trouble if they talk too much about spirituality because the Vatican would like to see it as a respectable and civilised type of place before they approve it and probably destroy it!!

Anyway, one thing is sure. We live in a very divided church and world and it has perhaps never been more challenging to believe in Jesus and to believe in the power of prayer to fight the powers of darkness that ravage the world.

Let us keep hope, keep the truth and hold on firmly to the hand of Our Lady who guides us through these rough and challenging times.