Today’s gospel was super short, here it is:

20 He went home again, and once more such a crowd collected that they could not even have a meal.

21 When his relations heard of this, they set out to take charge of him; they said, ‘He is out of his mind.’

Did you notice that it was Jesus’ relations that thought that Jesus was nuts and not the crowd?

Well obviously to the crowd Jesus was less known but to his relations He was acting differently.

His relations saw him growing up and being a good little boy, son and carpenter and now, all of a sudden he was behaving like a madman.

Crowds around Him, ranting and raving about God, performing miracles…what happened to the ‘old Jesus’ and who was this guy?

Did he overdose on magic mushrooms or take a bad trip on meth or something or was he on psychotic episode?!!

And yet we know in faith that Jesus didn’t go crazy, He had simply changed!

Changed how? He changed once He was baptized and went on His mission. Up to that point he was just the boy next door but the Holy Spirit changed everything about Him.

He had a new mission, he traveled around with no permanent home, he talked about God with authority despite having no formal religious education. He performed healings and miracles and crowds were running after Him hungry for His next word.

To His relations the change was so dramatic that there seemed to be no explanation other than that He had gone mad!!

Now of course some people actually do go mad for various reasons but 2000 years later the Holy Spirit still dramatic changes lives like He did with Jesus and very often their relations think that they too are barking mad!!

I am one of those people and I smile now as I look back on my conversion 13 years ago!

Both my mother aunt auntie (who was like a second mum) were convinced I was psychotic. It took them 8 years to stop talking about my imaginary psychosis and how I might be healed!!!

And so the sad reality was that I had to disconnect from them while hoping and praying that they would actually be healed and their eyes opened.

Yes, following Jesus and following the Holy Spirit and living the gospel is just as counter-cultural nowadays as it was with Jesus.

Miracles, visions, hearing voices, seeing things, living on providence, exorcisms etc. all still exist and to those that don’t understand it looks like mental illness!!!

And so today as we pray and give our lives to Jesus, let us do so cheerfully and not take it too seriously when people think we are nuts.

We will never be ‘normal’ to some people and so while getting on with our lives we can hope and we can pray that our relations might also have an encounter with the Holy Spirit and that they too may join our crazy club!! 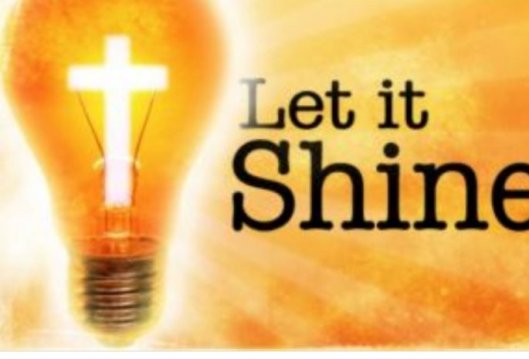